we can't pick and choose who our kids hang out with

But mom. I need new clothes. I need new hobbies. I don't want to do that anymore I now love this game.

I never really understood ANY of this until my oldest reached the fifth grade. He started acting out, different. I didn't really understand what was going on why was he acting the way he was acting? He is usually a better listener, doesn't give TOO much attitude and has a lot more patience with everyone. Then one day I met up with him after school to walk him home and I saw him interact with his "new friend".

THEN everything made sense. He was making friends with new kids that were a lot different than him. Friends that had a little bit more attitude and maybe were a little bit more defiant. I was upset because this specific kid was acting like he was better than everyone else and he was portraying himself as an all mighty follow me and thou shall be cool fifth grader and my son was just going along for the ride.

Why would my son begin to change EVERYTHING about how he acts and what he is into because of this one kid?

They are going to hang with the cool crowd, the wrong crowd and they are going to try SO HARD to fit in and we have to let it happen. We can guide them to being independent and to be a leader on their own but we have to understand that they are GOING TO TRY TO FOLLOW because they want SO BADLY to fit in.

Looking back I tried SO HARD to fit in all the time. I changed my taste in music, the way that I dressed and I even changed the way that I acted just to fit in with a specific crowd. As I got older I discovered myself and realized I didn't need to follow a "Crowd" or a specific kid just to be cool but it came with time. Lots of time.

I was burned by kids. I begged to hang out with kids that had hurt me. I wanted SO badly to fit in and now I know that it wasn't important but as a kid we don't know any better. We changed things about ourselves just to feel like we belong and as badly as we want to say "Hey when you grow up you will realize changing yourself means nothing" we can't. I mean we can but they won't listen..

We just have to let them find their clicks. Their friends. Good or bad. They have to figure it out all on their own who they want to spend their time with.

And as badly as we want to pick and choose who our children spend their time with we can't. We have to let them find their people and even if their "people" aren't good for them we have to let them do it all on their own. And who knows maybe the ones we had our doubts about turn out to be pretty awesome kids!

All we can do is continue to help guide them to make their OWN positive choices but know they are going to follow a lot more than lead and it is all part of growing up.

Quality time as a family during h
Samantha | 8 mo ago

Anything goes with Samantha Episo
Samantha | 11 mo ago

baby books
Amber | over 1 year ago

i feel like my significant other is on a different journey and our paths are slowly going in different directions. 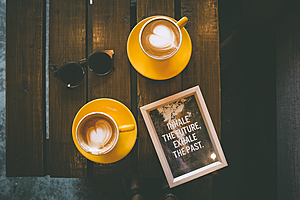 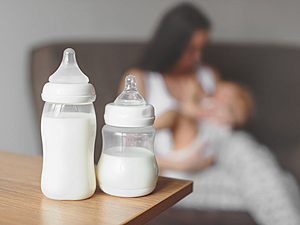