Holy crap that was a hard day.

One minute I am pregnant and the next minute I am being told the pregnancy "isn't viable". I am sorry what? What does that even mean? What do you expect for me to do with that information? It was like a surreal moment where I didn't know where I was and being slapped in the face and trying to process both. What just happened? WHY DOESN'T ANYONE TALK ABOUT IT. WHY DOESN'T ANYONE SAY "HEY IF YOU HAVE A MISCARRIAGE THIS IS WHAT MIGHT HAPPEN?"

I knew that I wanted multiple kids growing up how close they were going to be in age was a mystery as nobody REALLY plans when they are going to have more kids. So when my son was a little guy we decided yeah let's do it let's have another one. So after a bit of time trying I fell pregnant. Everything was awesome I was sick and I was told "oh if you are sick it is healthy" okay cool. So it was healthy apparently. So I decided at 6 weeks pregnant to tell everyone. Now everyone knew that I was pregnant and it was great.

I noticed some spotting when I used the bathroom. It wasn't much but it was enough to startle me. But after spending hours on google [I do not recommend it] someone said "oh get checked out because when I noticed spotting when pregnant I was actually having a miscarriage" So of course after reading that I panicked that must be what is happening. So I told my husband hey something might be wrong I want to call my doctor. At this time I was supposed to be 10 weeks pregnant and we had an ultrasound around 7ish weeks saw the heartbeat ect. So I called the doctor and mentioned the light bleeding they said for me to come in the next day to get an ultrasound to see what was going on. I said "Let's make it a family thing that way our son can see the baby too.." I should have just went alone.

I went back and mentioned that the bleeding had slowly picked up but they said that the best way to see baby this early on was by trans vaginal ultrasound. So I laid down and got situated as they prepared the ultrasound wand to find my baby. I could hear my son who was one at the time bouncing around and laughing he was so cute he didn't understand what was going on but he was entertained and my husband was focusing on the screen just as I had been. After a few minutes the tech said JUST a few words "I am sorry, but this pregnancy isn't viable". Then they said they were going to get the doctor for me to talk about my options. I laid there. I SWEAR I COULD FEEL THE ROOM SPINNING. What was happening. WE JUST SAW THE BABY and it had a heartbeat what happened.

My doctor called in and I spoke to him on the phone he had told me that after reviewing the scans and getting a second opinion that I had what was called a missed miscarriage. Where the body didn't recognize that the baby had passed and was pretty much pretending I was still pregnant. I felt weak and sad but the heat of it all the only thing I could muster up to ask was "how can we get it out of me". Heartless? Maybe..real? oh yeah. I was in so much emotional pain that the only thing that I could focus on was how can we remove everything and quickly so I could move on with my life. It was in there and it wasn't alive. And that was that. So what now.

I was given two options I could insert a pill into my cervix which would cause dilation and force my uterus to contract which would then expel everything. OR I could have a D&C which is a procedure to have everything removed. I chose to do it at home. If I could go back I would have had the procedure.

I was depressed at this point. The child we had tried for was no more and now I have to pass it and I didn't want to. I had no choice but to lock myself on the opposite side of the house so my husband and son couldn't see or hear me and I proceeded to insert the medicine. After a few hours the cramping began. It was hell. I wish I was exaggerating but I am not. It sucked SO BAD I wanted it to end. Again I should have chose the surgery.

I laid in bed watching tv crying in pain as I tried to exclude myself from my family when I so desperately wanted them with me. I couldn't do that to my son. He was too young so I sucked it up and continued. After a while it went from bleeding to tissue to HORRIBLE contractions not even the Vicodin was helping.

It was done, 17 hours later. It was done. I was emotionally and physically exhausted my body hurt. I was probably anemic. After I knew it was done I remember laying on the floor crying with a towel on top of me because it was really traumatic. I chose to isolate myself and go through it alone to protect my husband and son when really all I wanted was my husband with me. It was my choice I chose to do it alone. I called my doctors office and let them know what happened that it was done and they scheduled an ultrasound in which I went to. It confirmed that everything was clear out of my uterus, it was the end.

I fell depressed. Sad. Lonely. I had all of the support in the world my husband was great he was there for me. My son was healthy and here with me so why was I so depressed.

Because I was still a mother. I had feelings and just because my pregnancy didn't make it didn't mean that my feelings weren't valid. A pregnancy is STILL a pregnancy even if lost early. To me that was how I felt. I pretended it didn't happen and it caused a lot of heartache and bitterness.

It doesn't matter how far along you were. You are allowed to feel things. I did. I still do. I have had two children since then and I will always look back on that pregnancy. Sometimes I think "Oh what could have been" but I look forward because looking back is hard. Never be ashamed to talk about your loss. No matter how early or what gestation your pregnancy was. Speak up. It helps.

The one thing I wish I knew was "What really happens when you have a miscarriage" maybe just hearing  something about what might happen... A story or even a TINY detail to prepare me.

Every single miscarriage and pregnancy loss story WILL ALWAYS BE DIFFERENT. Mine is. Mine is my story and you have yours. Don't be ashamed to talk about it, miscarriage isn't a bad word. SHARE your story. Be proud of your story because you have overcome something hard, you have grown. Talk about it.

Anything goes with Samantha Episo
Samantha | 1 month ago

i feel like i've lost my best friend and that breaks my heart.

i know you're not supposed to have favorite kids, but i do. i don't show it, but deep down inside i feel it. i feel horrible about it, but i can't help it as much as i try. does that make me a bad parent?

sometimes i feel like a bad mom when i get upset with my kids but sometimes i just have really bad days. 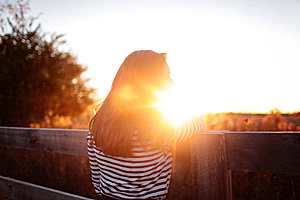 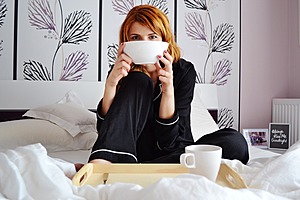 morning sickness sucks and no I am not exaggerating 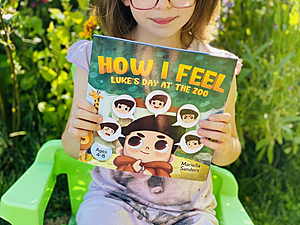 How I Feel: Luke's Day at the Zoo - Children's book review

Pregnancy Guilt After Losing A Baby