morning sickness sucks and no I am not exaggerating

Oh morning sickness. More like ALL DAY LONG EVERYTHING HURTS AND I WANT TO PUKE EVERY SECOND OF EVERY DAY sickness.

At least that is how it felt. It was like the second I peed on the stick I was throwing up. like a big joke my body was playing on me. With each of my pregnancies my sickness was different some days it would be mild and some days it would feel like I had the worst flu bug known to man. It sucked because I felt like it was the SAME OL THING every single day "Sorry I don't feel well, Sorry my morning sickness sucks today" and you tend to feel like a broken record.

You feel like you are doing nothing but making excuses for how you feel when really IT DOES SUCK. But you feel like everyone may think you are exaggerating and that isn't the case. It is hard because you are grateful to be pregnant but it's also hard because you WANT to complain about how much the sickness stinks but you don't want to sound ungrateful to be pregnant.

I remember when I was pregnant with my third the all day sickness was SO bad that I would cry because I was so tired of being sick and tired. We didn't tell my older two that I was pregnant until I was 15 weeks so I just would say "Oh mom's sick again" and it was hard for them to understand because they didn't understand why.

It impacted my day. I couldn't run around and play with my kids without wanting to throw up, I couldn't eat the things that I wanted to and I couldn't maintain a healthy diet for my unborn baby. It was so bad that I ended up needing medication and I would sip water and barely eat JUST so I wouldn't throw up. It sucked. But then it got better, thankfully. But during the time I felt ill I felt bad because I had NO energy to get up and spend time with people then the people in my life thought I was making up excuses when really, I was ill. If someone cancels plans or just flat out says "Not today because I don't feel well" cut them some slack because growing a human sucks the life out of you, literally.

Feel for the people in your life who are pregnant and say they don't feel well or that their morning or "All day sickness" sucks because they aren't lying. Instead get them some saltines and some ginger ale and tell them to hang in there.

Let them complain about it because it really does suck and if they complain and you don't like it don't be upset if they throw up on you.

i am actually excited my husband has been working so much lately, gives me so much free time!

my husband is grumpy so much of the time. trying to not let it get me down.

social media is so harmful. i'm so tired of seeing people be so fake and compete for attention. it sad how people live their lives around what they can post. 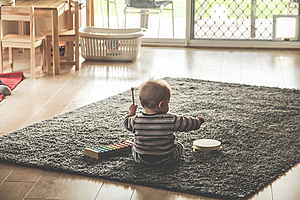 they wont be this little for long 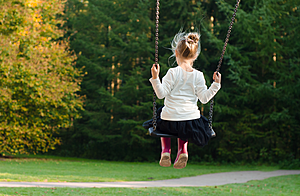 Why we need to educate our children about anxiety

Prenatal & Postpartum depression - Opening up before & after baby

Round Ligament Pain During Pregnancy

We need to talk about prenatal depression