🍪 We use cookies to offer you a better experience and to analyze website traffic. By using this site, you consent to the placement of these cookies. Learn more Got it!
Login Register Home
About Contact Advertise With Us
Blog Home
Getting Pregnant
Pregnancy
Postpartum
Parenting
Baby
Toddler
Preschool
Youth
Young Adult
The ABC's
Product Reviews
Forum Podcast Confessions Amazon Shop

It isn't personal. I just don't have time for anyone right now.

It sucks because as badly as I want to hang out with people it just isn't in the cards.

Or busy. Or tired and busy.

Sometimes people want to get together but sometimes I just say no and make an excuse and again, it isn't personal I just don't have the time. Between laundry, the house and kids. Figuring out dinner and lunches. And then trying to sneak in a shower. There just isn't time to get to know anyone new...i mean there isn't even time for me to hang out with anyone I KNOW.

I don't like avoiding people especially when I see someone approach me to want to talk, I pretend to be busy so I don't end up talking. Again it isn't personal. I just know that if we get to talking an hour, maybe two will pass and those are valuable hours that I need in order to complete my day.

It isn't that I don't find your time valuable because it is, I just have to consider if I take the time to visit and talk the time that I could be doing things at home. Most of the time that wins. It sucks but it isn't personal.

On occasion I will run into someone who is excited to see me as I am them and they say that we should get together sometime..I want to but right now the thought is so overwhelming that I say "okay, sure" but I know it isn't going to happen and it isn't personal.

We have to understand that sometimes just because our friends don't reach out to us or even friends we have been trying to get to know aren't available to visit or hang out...It doesn't mean that they don't want to. Everyone has their own crap going on and we have to take that into consideration that if we were to get offended by every single action then we would severely damage our ego and self.

We have to understand that these people in our lives WANT to see us WANT to spend time with us we need to be HONEST. We have to stop making excuses and be upfront and say "I JUST DO NOT HAVE THE TIME" and allow them to digest how they wish. Instead we pretend we will be seeing said person again in the future only to avoid them at all costs to talk about "How come we never got together"

Or sometimes I will make plans and then when the time comes I am just SO TIRED so I say "Hey, can't" [INSERT EXCUSE HERE] vs just being honest!

I am guilty of it. I will suggest visiting then it will never happen then I feel guilty about it and avoid that person at all costs. Not only are we damaging our friendships but we are making "excuses" a habit and it can turn into a BAD habit.

On the flip side if your busy friends [for whatever their reasonings may be] can't or don't want to hang out don't take it personally let it be and understand it just isn't personal.

I completely understand! I get lonely and want to socialize but my availability is not the same as everyone else's. I am available during the day when most people are at work. #SAHMLife I try to not take it personally, but sometimes I can't help it. I fall into a trap at home and chores. Sometimes I think we need to allow ourselves to make time for ourselves. The chores will never cease. Is that what life is about? I have to remind myself...

Yes it is so important to take that time for yourself! Our family is so important to us that we put ourselves on the back burner DAILY and all that we are doing is causing more harm than good when it comes to our own mental health. Remember that the chores are fine if they aren't done THIS MINUTE. Focus on your family and take time for yourself THEN do what needs to be done later.

your day routine
Amber | 34 minutes ago

Introduce yourself!
Samantha | 1 month ago

Anything Goes with samantha episo
Samantha | 2 mo ago

You Go Glenn Coco!
All

i will prepare an elaborate meal for myself and make something basical for the kids. they wouldn't like what i made anyway... 🤷🏼

Social distancing is making me realize even more how I have no friends. I hear from people only when they need me or need something from me. It's a good time to focus on family.

you probably won't fit back into your pre prego clothes and THAT is OK! 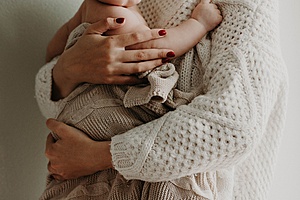 I don't want to breastfeed anymore and I feel really guilty

Making and keeping mom friends is hard - How can we fix that?

Ways to strengthen your relationship & become closer to your partner